In the Name of Sport 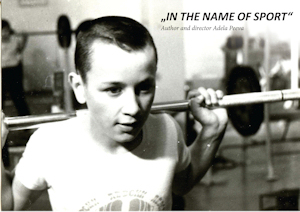 One of the films of Adela Peeva banned during the communist regime in Bulgaria. It was a kind of continuation of the series of films showing the true face of the communist system. The film reveals the hidden from the public inhuman methods of training of the elite athletes seeking to prove at all prices the advantage in sports of the so-called „most human society”. Already before it was finished, the film and all the resource materials were confiscated. The first public projection of the film was after the democratic changes in Bulgaria and took place in 1989. In 1990 it received the Award of the Film Critic at the National Non-fiction Film Festival “Golden Rython”. The film took part in the short films festival in Berlin. It was shown in the United States and Hungary. It was also shown as one of the director’s banned films at a special profile programme - a film portrait of the director at the film festival in Selb, Germany