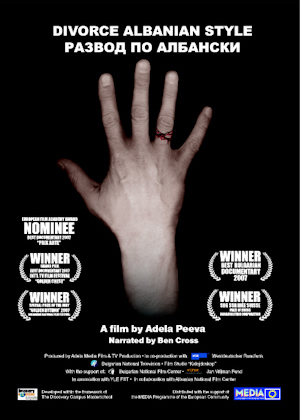 This story of love and separation takes place in the surreal world of 1960s communist Albania. As told by survivors of this extraordinary period, Divorce Albanian Style reveals the experience of the many thousands of families that were forcibly separated by the totalitarian regime of Enver Hoxha, the longest-serving European dictator of the 20th century.

Near the height of his mania, in 1961 Enver Hoxha broke off Albania’s relations with the Soviet Union. Albanian men married to foreign women were forced by the state to split from their wives – women from all over Eastern Europe - who were subsequently expelled. The official reason was alleged espionage. Hojda quickly created a mechanism to deal with those who refused to leave. KGB-trained secret police collected “evidence”, minor clerks became “investigators”, carpenters were made into prosecutors and labor camps expanded.

The women who stayed – and their husbands - spent years in prisons, the last released in 1987. Divorce Albanian Style tells the stories of three of these couples, and of the apparatchiks and officers of the secret police who changed their lives forever.