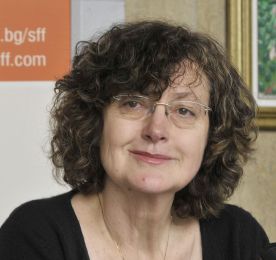 Some of the films of Adela Peeva she made in the period before 1999 were banned by the communist authorities:

Academy for Film, Theatre and TV in Belgrade
Profile: Film and TV directing.

Has been working as a director for the TV stations in Ex-Yugoslavia and as a Director in the Studio for Documentary Films and the Studio for Feature Films in Sofia.

Two of the films of Adela Peeva - ”Whose is this Song?“ and ”Divorce Albanian style“ are till now the only Bulgarian and Balkan documentary films nominated by the European Film Academy for Best European Documentary - Prix ARTE in 2003 and 2007 respectively.